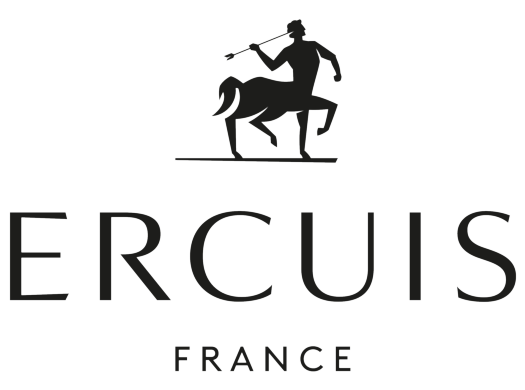 Founded in 1867 by a priest, Adrien Celeste Pillon, in the village for which it is named, Ercuis, located 50KM north of Paris. The company specializes in "artistic silverware, relief enamel, copper and silver plating, gilding and wire drawing". Growing rapidly the company opened a store in 1880 in Paris and gradually phased out religious gold and silver work to replace it with flatware and hollowware. The village expanded signficantly around the factory and workers' housing.

In 1978 Ercuis became a member of Comite Colbert (a grouping of exclusive luxury brands) thereby confirming its position of prominence in the French luxury sector. Ercuis flatware has since graced the Orient Express, the Plaza Athéné Hotel, and many more of the world's finest tables.