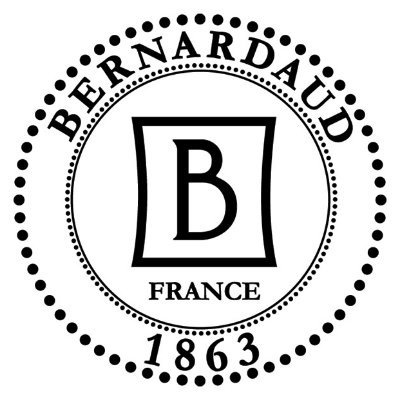 Bernardaud’s great industrial and artistic adventure began in 1863 in Limoges, a region possessing kaolin, fresh water and forests, which are all needed to make porcelain. And the adventure is ongoing! The company has already successfully navigated some of the technical and creative challenges of the 21st century and is facing the third millennium with great resolution.

Léonard Bernardaud built up production capacity and opened up new markets, especially in the United States. He was succeeded by his sons Jacques and Michel, who survived the Great Depression and World War II by expanding the company’s collections, working with a number of artists. In 1949, they boldly introduced France’s first tunnel kiln, which operated 24 hours a day. At first, the tunnel burned city gas, instead of wood. After 1954, it used natural gas from Le Lacq in southwestern France, a ‘‘clean’’ energy that ensured constant heat and improved the firing process. The pieces produced were sturdier and free of defects, which represented a de facto increase in capacity. The company started to produce on an industrial scale, but continued to work according to the high standards of a craft based on artisan techniques.

In 1962, Pierre Bernardaud took over management of the company. He reorganized the business in 1979, opening a new white porcelain plant in Oradour-sur-Glane and acquiring several porcelain production facilities, including the Ancienne Manufacture Royale in 1986. He modernized in the 1980s by installing an isostatic press. First, porcelain paste is injected as a powder into a resin mold, then pressure (5,076 pounds per square inch) is applied to compact the powder into the shape of the mold, thus producing the desired object. This technique boosted plate output and quality. Under Pierre Bernardaud, creativity continued to drive the company. He commissioned Raymond Loewy to design the first contemporary porcelain dinnerware service set. He also launched the first TV ad campaign with a jingle that continues to resonate in the collective consciousness of the French. Clearly, the man was a master of forward thinking in the technical and creative fields, as well as communication!

In 1979, Pierre Bernardaud asked his son Michel if he would like to join the company and help develop the brand worldwide. Michel Bernardaud, heir to five generations of porcelain manufacturers, took over in 1994. He has continued to modernize while ensuring that rare techniques, such as incrustation, continue to be used for special orders. His aim was to grow the porcelain company, one of the last to be owned by the founding family, while perpetuating the objectives set by his predecessors: to preserve valuable technical skills, encourage a taste for innovation and continue to emphasize creativity.